While the ant population has been steadily growing, biologists who study ants (Mymecologists) estimate that nearly one quadrillion (1,000,000,000,000,000) ants are currently on earth.

With this, we’re able to calculate both the birth rate and the death rate of these ants.

See How We Found These (HUGE) Numbers Below!

Contents show
1 How Many Ants Are Killed A Day?
1.1 Math on Daily Ant Death (For Today)
1.2 How Many Ants Are Being Produced A Day?
1.3 How Many Ant Eggs are Produced in a Day?
1.4 How many Queen Ants Are In The World?
1.5 How Many Ant Legs Are In The World?
1.6 Some Factors in How Ants Die
1.7 Other Ways Ants Die
1.8 What Will Happen If The Queen Ant Dies?
1.9 How Does the Queen Ant Pass Away?
2 Frequently Asked Questions (About Ant Death)
2.1 Do Ants Transport Dead Ants?
2.2 Do Ants Bury The Dead?
2.3 Do Ants Mourn the Loss of their Fellow Ants?
2.4 Related Articles Answering Some Common Ant Questions

How Many Ants Are Killed A Day?

Generally, the average lifespan of an ant is about a year.

While the ant population has been growing at a 1% increase per year, we can use this to figure out how many ants die in a day.

As these insects complete their life cycle or have been terminated by several circumstances, they are being replaced by new ones from the reproduction efforts of the Queen ants in their colonies.

Realize, that this number will grow every year, as the growth rate will compound.

How Many Ants Are Being Produced A Day?

A Queen ant can lay up to eight hundred eggs per day.

Depending upon the ant species, it may take several years for the queen ant to generate new virgin queens and male ants that can mate and begin more colonies outside of the current colony. 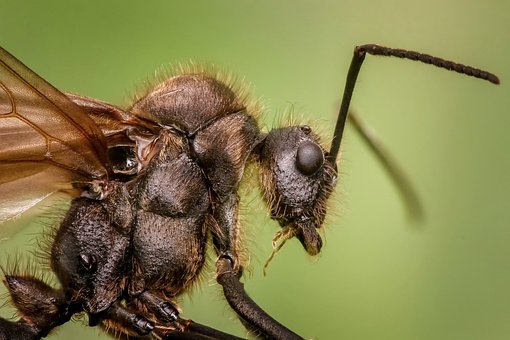 For a colony to branch off and sustain a new colony, they need more ant queens (than the current one) and male ants to reproduce the larger quantity of new ants in the new colony.

How Many Ant Eggs are Produced in a Day?

How many Queen Ants Are In The World?

How Many Ant Legs Are In The World?

Some Factors in How Ants Die

Of course, as it gets chilly, many ants will disappear, as the winter months are hard.

In the winter, ants may also dig deep holes in the earth, huddling close together with other ants in the colony for warmth. 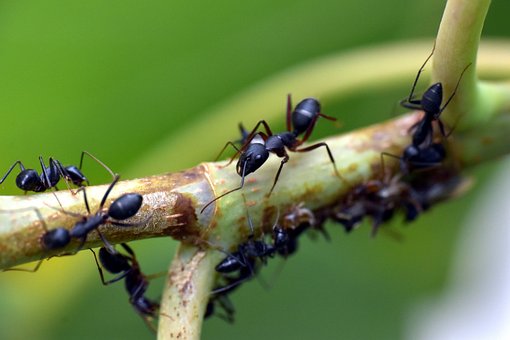 If they are able to, ants will also try to sneak inside or locate a warm area to spend the winter.

Ants sometimes die due to exposure to bacteria and infections.

Still, according to some experiments that scientists have done, ants purposely leave their nests whenever they feel ill to avoid spreading the infection within the group.

Talk about taking one for the team!

Another way why ants die is because of their interactions with humans and other predators.

Generally, an ant’s life is just hard – and their environment is not favorable, resulting in a shortened average lifespan.

What Will Happen If The Queen Ant Dies?

The colony’s reproduction is the queen’s sole responsibility. (See More)

What happens if she passes away? The colony perishes; therefore, the solution is clear.

If a queen passes away, there won’t be a replacement unless there are several queens, which only happens in a select few species.

If that’s the case, the workers will usually break out into war, eliminating any other queens until there is just one remaining.

Also, If their sole queen dies, the ants won’t leave for another region.

Instead, they keep bringing supplies back to the community until they all pass away from old age or other external reasons.

How Does the Queen Ant Pass Away?

The only fundamental ways the queen ant may pass away are from predators, sickness, and natural causes.

Since she spends her whole life buried inside the colony, it’s much harder for a queen ant to die than the worker ants. 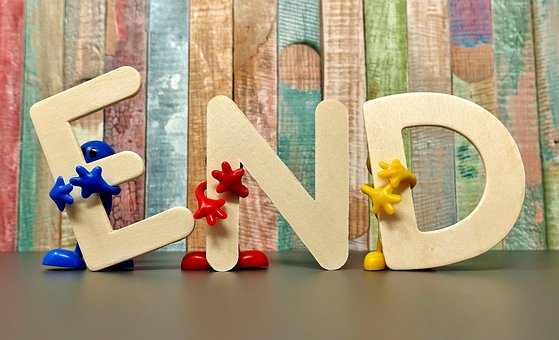 Recently, we’ve been receiving a ton of emails about ants and their deaths.

We thought we’d compile the answers here so that everyone could enjoy them.

Ants live, sleep, and work together in vast colonies and are highly sociable creatures.

How do they deal with losing one of their teammates in the nest? Do they transport their deceased to be buried, as we do, or is there another reason?

The intriguing truth is that when ants are on the verge of dying, they release a chemical that enables other ants to locate them.

The insects subsequently carry away the dead ant to a “graveyard site”. (Cool Paper About This)

Do Ants Bury The Dead?

Ants often do not bury their dead.

This is a typical misunderstanding since other ants frequently remove the bodies of dead ants from the colony when they die.

Ants will remove dead nestmates to keep the colony tidy and safe from disease.

If you see an ant being carried, it’s not a burial service – that live ant is taking a dead ant away from the nest to be discarded. 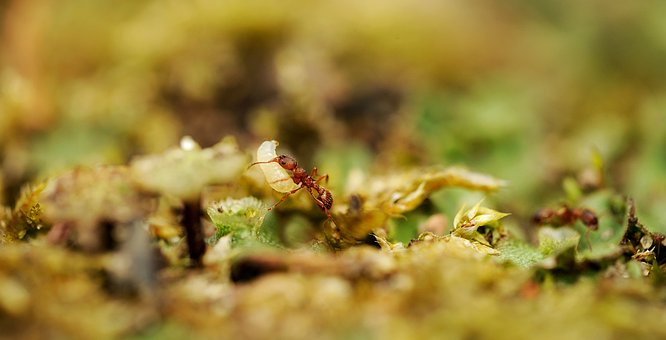 Many Some ant species, like carpenter ants, may transport their deceased colony mates outside of the nest to keep them from polluting the colony’s interior.

They do not, however, really bury them.

To shield the bodies of their deceased ants from predators and the elements, carpenter ants build tiny mounds of soil on top of them.

While many think this is a sentimental gesture, it’s most likely another colony-protecting factor.

The ants are trying to keep other insects and mold from setting into the dead, and burying them helps limit these factors.

Do Ants Mourn the Loss of their Fellow Ants?

Ants do not mourn the loss of other ants.

Ants are driven by instinct, and when a worker ant passes away, they remove them as quickly as possible to try to keep disease and infection from spreading in the colony.

Ants, are very much for the species – meaning that if there is anything that could potentially put the species at risk, the ants will eliminate it.

When it comes to knowing everything about ants, there are so many questions.

We go into detail answering some of these common questions on our website.

Here are some of those related posts, answering some questions: